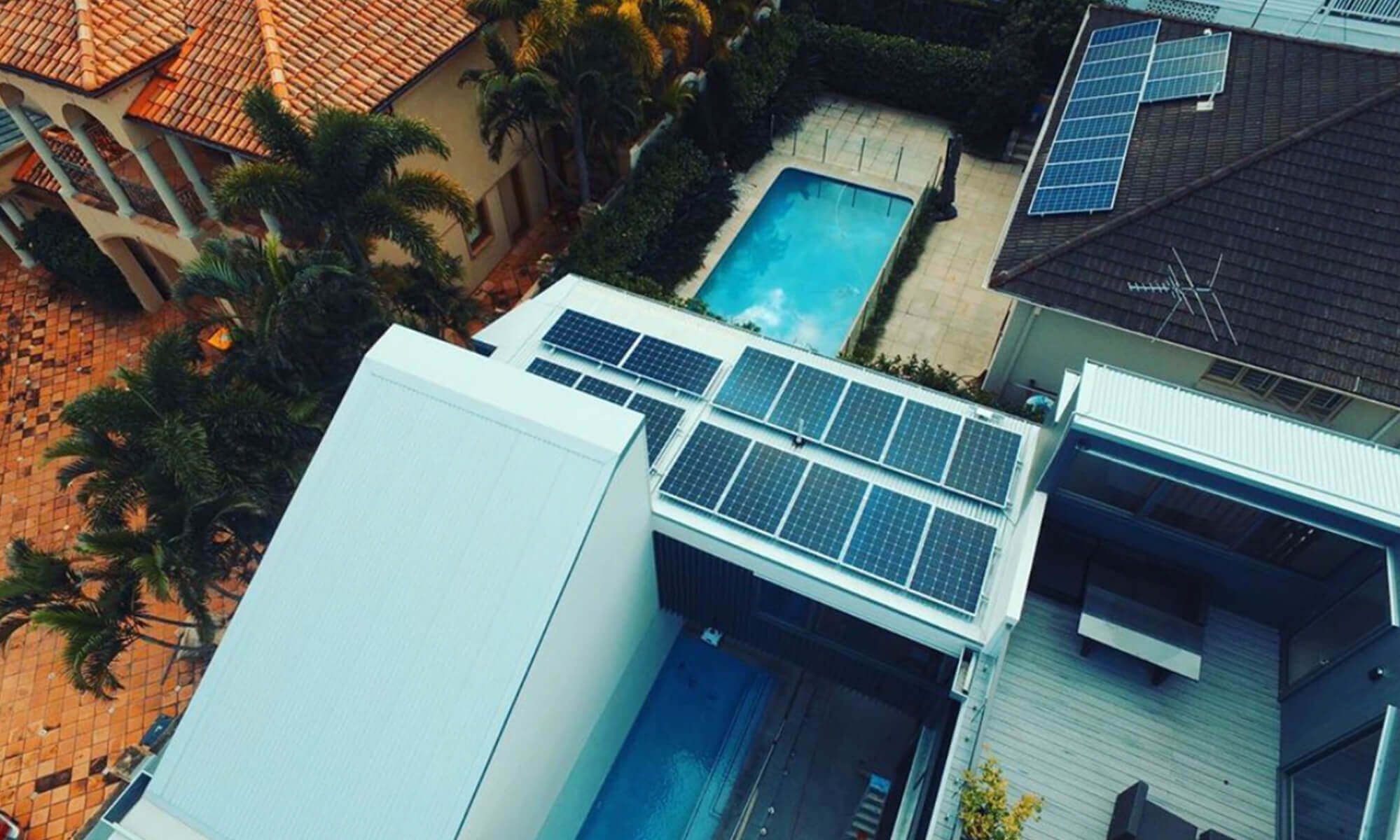 Trying to find the best solar system for your home?

With so many options and things to consider before getting a solar system for home, it can get pretty confusing.

What exactly is a solar panel system?

A solar system is an assembly of interconnected photovoltaic (PV) solar cells that catch and store solar energy. This stored solar energy is then converted into electricity. Each individual solar panel consists of a bunch of solar cells made of silicon that are inter-connected, then sandwiched between protective glass and a backing plate and held in a metal frame, making it a complete solar panel. A solar system installation not only slashes those exorbitant electricity bills but also benefits the environment by seriously reducing  your carbon footprint.

Before finalizing the solar system for your home, there are a few things to consider.

The size of the solar panel system

An analysis of your current electricity consumption by a solar professional will point you towards the ideal sized solar system to meet your needs. You need to know how much electricity you use and when you use it. Depending on your consumption, and your usable roof space, you need a system efficient enough to meet the energy requirements of your home. The goal is to ‘self-consume’ as much solar as possible, replacing expensive imported grid energy with your free solar source.

The number of solar panels

There are several factors that dictate how many panels you need for your home: your electricity usage, your available roof space, the severity of any shading issues, your location within Australia (significant variances between southern and northern states), the wattage of the panels and their efficiency.

The cost of solar panels

Like the price differences between car brands and models, there’s a wide variance in solar pricing. If you go cheap, then chances are you’ll eventually regret that decision with many poor quality and outright dangerous knock-offs out there in the marketplace sold at ridiculously low prices via social media ‘’specials’’. If you spend several thousand dollars for something that fails in the short or medium term then you’ve thrown that money away. Go for a well-recognised and respected brand that has a good warranty (25 years performance but more importantly 12 years or more structural warranty) and is recognised in Australia that can deal with any future issues.

A solar storage battery stores the electricity generated by your solar panels during the day for you to use it at night, on cloudy days or during a power outage. You can opt for a system that includes a solar storage battery if you’re planning to run your home mostly, if not entirely on solar power. However, despite falls in battery pricing it is still a weighty decision whether or not to go ‘off grid’. This is a decision that MUST be taken only with considered expert opinion, as you do not want to find yourself unnecessarily without power for a considerable duration of time. Currently batteries have a maximum warranty of only 10 years and the payback period is usually longer than that.

The optimum solar system is the one that either fully or largely wipes out your power bill. You’ve consumed a good portion of your own solar plus exported some to the grid to partly offset the power you’ve had to import from the Grid when the sun wasn’t shining on your panels. You want a quality ‘Tier 1’ system that has good independent reviews and has an Australian office for enquiries. Choose an installer that’s operated for many years and is affiliated with the Clean Energy Council. Look out for your solar professional’s indication of the payback period which can be as little as 3 years but often 4 or 5. It is possible to finance the system so that finance repayments are equal to or even less than your monthly energy savings so you’re never out-of-pocket and maintain your capital.

There’s never been a better time to save money AND help save your environment.